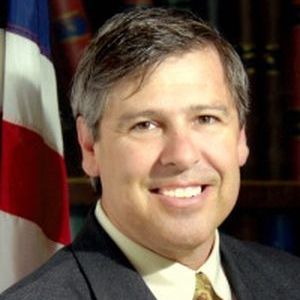 Steve Moore is a former Supervising Special Agent with the FBI, a published author and a frequent media commentator on Federal and International crime and investigations for CNN. He has appeared on The Today Show, CBS This Morning, 48 Hours, Good Morning America, Nightline and 20/20, as well as numerous crime documentaries.

He recently has been intimately involved in the imprisonment and subsequent release of Amanda Knox, a University of Washington student held for four years on false charges by a rogue Italian prosecutor.

As an FBI agent, Steve led the investigations of many high-profile crimes in Los Angeles, including one that resulted in the first ever conviction for an anthrax threat. In 2002, he was chosen to run the Los Angeles component of the 9/11 investigation and he testified before the congressional “911 Commission.” He was named head of Al Qaeda investigations for the Los Angeles FBI and within a year was tasked with creating and running a squad responsible for the investigation of all acts of terrorism against the U.S. in Asia and Pakistan.

He has lectured on violent crime and terrorism at the International Law Enforcement Academy in Bangkok and served for a summer as a Legal Attaché at a U.S. Embassy. Five of his bureau years were spent on the LA FBI SWAT team as an assault “Operator” and sniper. Several more years were spent as an FBI helicopter pilot-in-command.

Steve’s early career with the FBI was spent in covert, undercover, operations against white supremacist organizations in northern Idaho and the northwest. Later, he was involved in the Buford Furrow shooting/murder spree at a Jewish Community Center and the interdiction of a planned attack on California’s second-largest oil refinery.

When Steve was chosen to run the squad responsible for the investigation of all acts of terrorism against the U.S. in Asia and Pakistan, it was the largest territory covered by a single squad in the FBI. Bombings of U.S. Consulates, luxury hotels and military personnel were standard fare for the squad. He established liaison and worked closely with the CIA and U.S. State Department. Steve received three DOJ awards for excellence in investigations, and was nominated for the FBI Director’s “Outstanding Terrorism Investigation” award.

In 2010, Steve formed Moore Investigations International, an organization devoted to the safety and release of Americans wrongly held by governments and others overseas. In addition to his involvement with the release of Amanda Knox, Moore also investigated the case of Jacob Ostreicher, an American wrongly held in Bolivia on trumped up charges by the Evo Morales regime. Moore testified twice before congress on the matter and his report to congress was submitted to the United Nations High Commissioner on Human Rights. Ostreicher was later released.

Moore is the author of several books, including Special Agent Man  (Chicago Press Review, 2012), and he is a co-author of The Forgotten Killer  (Amazon Press, 2014), which remains #1 on both Amazon and Kindle’s list of best sellers in the International Law category.