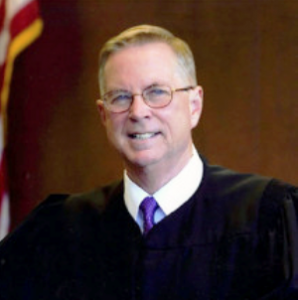 Judge Michael Heavey is the founder of Judges for Justice, a non-profit organization committed to providing independent, impartial, and experienced expert analysis of cases of alleged innocence.  He is a former Superior Court Judge on the State of Washington’s King County Superior Court. He also served for 14 years as a Washington state law­maker. He has presided over hundreds of criminal and civil cases.

Mike also served his country as an officer with the United States Army. He is a decorated Vietnam Veteran.

When his Washington neighbor Amanda Knox was put on trial in Italy, as a truth-seeker, Mike became involved in the sensational case. After close scrutiny and heavy deliberation, Mike became a relentless advocate for Knox’s innocence.

Reviewing other important cases, he has passionately and tirelessly spoken about the Knox case and other wrongful convictions. His work as a volunteer championing the innocence of Knox and her Italian co-defendant Raffaele Sollecito inspired Mike to get involved in the global study of wrongful convictions.

Judge Heavey passionately believes that the solution to preventing injustice is consumer awareness, and more importantly, increased police, prosecutor, and defense attorney education. His fascinating lectures at conferences and universities have been paving the path to ending wrongful convictions.