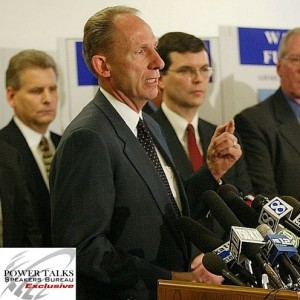 Mark Kroeker is a passionate advocate for global rule of law, crisis management, business continuity and the fight against corruption, child trafficking and violent extremism around the world. He is called upon widely to speak on topics including crisis prevention readiness, recovery and response. His signature speech on Value Based Leadership in a World of Change has brought him top reviews from a wide range of audiences. He has been frequently invited to keynote on the benefits of business and law enforcement partnership.

Mark is a former Deputy Chief of the Los Angeles Police Department and served four years as Portland Oregon’s Police Chief. His extensive international and peacekeeping experience has included tours of duty as Police Commissioner or Deputy Commissioner in post war UN Missions in Bosnia and Liberia where he led international police task forces in reforming, restructuring and rebuilding war torn institutions. He also served a two-year tour as Director of the UN Police Division where from New York, he oversaw 10,000 international police officers serving in 17 UN peacekeeping missions. His most recent UN assignment was as interim Deputy Head of the UN mission in Liberia overseeing rule of law related programs.

He served on the American Israeli Palestinian Anti Incitement Committee which is committed to preventing war in the Middle East. For six years, Mark served on the Board of the International Justice Mission. He launched and remains Chairman of the World Children’s Transplant Fund.

For five years Mark served as Vice President for Global Crisis Management and Global Intelligence for the Walt Disney Company where he led the company’s cutting edge threat analysis and crisis readiness for the highly regarded multi- national company.

He was Senior Vice President for PAE, a Washington based government contracting company, where he oversaw rule of law programs in Afghanistan, Haiti, Mexico, Lebanon, Liberia and a number of Central European states.

More recently, Mark launched Kroeker Partners LLC, a company dedicated to enhancing the capacity of rule of law, justice and security organizations in the US and around the world.