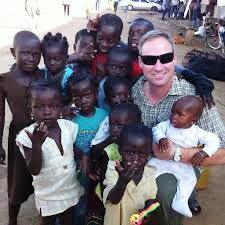 Kent Kroeker is a former military pilot and US Marine Corps Major. As a combat veteran, he speaks about crisis management, geopolitical conflict, human trafficking, and leadership during active shooter and other critical incidents.

When the U.S. Embassy in Nairobi was bombed in 1998, Kroeker flew missions throughout Africa, including the countries of Kenya, Egypt and Djibouti. He also lead combat missions over Iraq, Pakistan and Afghanistan, and he landed the first Marine Corps KC-130 at Manas Airbase in Kyrgyzstan during Operation Enduring Freedom.

Kent constantly challenges himself, pushing the limits of extreme sports. He is a vertical ice and rock climber and has made multiple ascents of the 3200 foot high El Capitan in Yosemite National Park. He has also climbed mountains in the Himalayas and the Peruvian Andes.

Kent is an honors graduate from the University of Southern California with degrees in International Relations and French Literature. He spent several years as a postgraduate student studying philosophy at the Sorbonne in Paris, France.