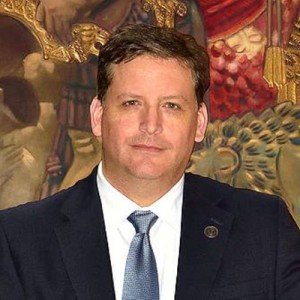 Anthony M. Amore is an expert in security matters and the author of The Art of the Con: The Most Notorious Fakes, Frauds, and Forgeries in the Art World (St. Martin’s Press, 2015) which Kirkus Reviews called “an engrossing read about brazen, artful scams.” He’s also the co-author of Stealing Rembrandts: The Untold Stories of Notorious Art Heists (Palgrave, 2011), which received a great deal of critical acclaim and was a Wall Street Journal True Crime Best Seller.

He is much in demand as a speaker and lecturer on the topic of art theft and security, and has appeared on numerous national and international television and radio programs. Amore is a trustee with the Association for Research into Crimes against Art.

Before joining the Gardner Museum in 2005, Amore logged 15 years of national security, law, intelligence and crisis management experience with two federal government agencies: the U.S. Department of Homeland Security’s Transportation Security Administration (TSA), where he helped rebuild security at Logan International Airport after the attacks of 9/11. He was also a Special Agent with the Federal Aviation Administration and served as the lead agent responding to the Shoe Bomb attack.

Amore has earned both a Master of Public Administration and a Certificate of Mastery in National Security from the Kennedy School of Government at Harvard University. He offers his expertise on security and cultural property protection as a columnist for the Huffington Post and was also a columnist for the Boston Herald, writing on transportation security matters.