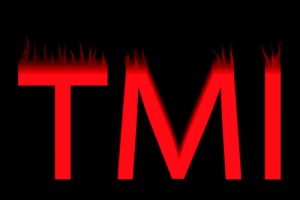 No wonder identity theft is on the rise. Thieves aren’t the only ones fishing for information. It seems our whole society is in on encouraging the disclosure of one’s personal details. We mainline social networking sites and reality television, where the more personal and shocking the information revealed, the better. All the while, we are overwhelmed with stories of victimization. In a time when we should be practicing prudence, many of us continue to offer up our private information, inadvertently sacrificing our financial wellbeing in the process. It’s time to pull back on the reins and think seriously about how vulnerable we are making ourselves.

When I was a kid growing up in New York City, there were lots of idioms for depicting the act of talking too much. If you told a secret or spread a rumor, you were said to be shooting your mouth off.

Sometimes shooting your mouth off was done without malice, like when one enamored employee at the local pool hall revealed that his boss always carried a huge wad of cash. Other times, talking too much was done maliciously. Like when a kid snitched to his friends that his girlfriend’s father had a collection of guns and gold coins displayed in the living room curio cabinet. After the kid opened his yap, his tipped-off pals would burglarize the place.

Private investigators and police detectives are pretty good at getting people to spill their guts. When they’re on the trail of a thief or a missing person who doesn’t want to be located, they use a tactic called pretexting, or they would use a ruse to get an associate or relative of the guy on the lamb to inadvertently reveal information.

So in your personal affairs and in business think twice before you shoot your mouth off. Over the telephone, only tell people what they need to know. And of course, only post something on your social networking site that won’t cause you grief later.

Remember, If you want privacy, then set secrecy as your goal.