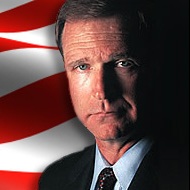 Jack Trimarco is nationally known and respected for his success as a polygraph examiner. He was the Program Manager for The Federal Bureau of Investigation, Polygraph Unit at the Los Angeles Field Office, from 1990 until his retirement as a Special Agent after 21 years of service. Following his training with the Department of Defense and the FBI, he conducted over 1,100 FBI polygraph examinations throughout the world.

Among cases where he consulted, or actually conducted polygraph examinations were the Centennial Olympic Park bombing, the “Unabomber,” the Oklahoma City Bombing, Campaign Contributions to the Democratic National Committee, the Dr. Peter Lee espionage case, the Marquisha Candler kidnap/murder, the Rosemary Banuelos kidnap/murder, TWA Flight 800, the assassination of DEA Agent Enrique Camarena in Mexico, and the bombing of PAN-AM Flight 103. Mr. Trimarco has been invited to be the Polygraph Inspection Team Leader for the Department of Energy’s Polygraph Program.

Jack is recognized as an expert in the field of interviewing and interrogation. He has taught over 50 seminars on that topic throughout the United States and has conducted training courses for the FBI Academy, CIA, US Attorneys Offices, US Department of Justice, INS, American Polygraph Association, American Association of Police Polygraphists and California Association of Polygraph Examiner.

He has made regular appearances as both a host and a guest on the Dr. Phil Show, Fox News, The O’Reilly Factor, Catherine Cryer, CNN, The Today Show, Hannity & Combs, Oprah, and The Morning Show, among others.